How to Fight Allegations of Sexual Assault

The media reports constantly about victims of sexual assault in the military, but those falsely accused of sexual assault will feel every bit the victim as their lives comes to a screeching halt and they face repercussions that may be with them for the rest of their lives. If this is you, you’ll be ostracized within your unit, blamed and not believed.  Stress, uncertainty, and emotional and mental depression will be powerful and difficult to overcome. But you CAN fight back!

What to do if You’re Accused of Sexual Assault

First and foremost, protect yourself before it happens. It may sound silly, but I’ve been telling my sons since they’ve been in high school to RECORD CONSENT. That is even more important for one of them now as he serves in the military. If you intend to get physical with another person, pull out your phone and record that person saying that it’s okay. I know it may be a buzz kill, but it could save you from doing twenty years in prison. DO IT! Take screenshots of your Tinder or Snapchat messages showing that the other person has consented to the contact. Save those screenshots for as long as you need to. I can’t tell you how many junior clients have told me they “hooked up” on Tinder but couldn’t prove that. If you can prove the other party consented, that will kill any allegations before they become investigations. Record consent–DO IT!

If the cops (or the command) do come knocking, the WORST thing you could do is speak to them, even to deny the allegations. The investigation is a complex game where the investigators can be highly trained and you are not. Despite what they tell you, you cannot “clear the air,” and the investigators at CID, NCIS, CGIS or AFOSI are not there to just “get your side of the story.” They are there to get your confession and to collect evidence for other crimes, such as false official statement, or violation of a lawful order, or drinking underage, or providing alcohol to a minor, etc. Often, you’ll be just having a chat with the friendly CID agent when, next thing you know, you’re being arrested for telling that “friend” that you had sex with someone. Cops investigating you for sexual assault ARE NOT YOUR FRIENDS! Don’t let them fool you into thinking otherwise. Remain silent and demand an attorney. Doing so will not make you “look guilty” or “get you into trouble with your command.”  Those are just what they will tell you. Be smarter than they think you are. Just say these magic words: “I decline to answer any questions without an attorney, and I want an attorney now.”

Similarly, DO NOT agree to give them your phone, or even look at it. Again, even though you may not have any evidence of sexual assault in your phone, giving it to law enforcement is inviting them to (a) keep it for months, if not years, (b) look into every dark corner and crack of your phone for evidence of ANY crime (they’ll analyze your internet activity, they’ll know (and call and interview) your contacts, and look at every picture, text and post you’ve made inside your phone.  No one should have that kind of access into your life, especially not an organization trying to put you in jail). In fact, refuse to consent to a search or seizure of ANYTHING—your urine, your DNA, your car, your barracks room, ANYTHING.  Again, these are not your friends, and you have constitutional rights for a reason. Exercise them.

A good military lawyer will start his or her own investigation right away and may be able to prevent you from ever being charged. Do NOT wait until law enforcement has already spoken to all of the witnesses and completed its investigation. That’s too late for us to do all that we can for you. Bring us onboard RIGHT AWAY. Moreover, law enforcement is sneaky—agents will dig into your life, try to seize your property, and even have others call you on a recorded line and try to get you to say things that will hurt you. All of this while you’re going about your life, oblivious as to what law enforcement is doing in the shadows.

You need a lawyer to help protect you from all of this.

And don’t just call your Dad’s lawyer. You need a specialist. Find a lawyer that specializes in military criminal law. Find someone who has significant experience in not only defending sexual assault cases, but prosecuting them as well. Better yet, try to find someone who has served as a military judge and presided over sexual assault cases. Why? Because you want someone who knows this system inside and out. Winning in this system is part science and part art and the more experience one has the better.

Google things like “military criminal lawyer” and focus your search in the big military cities like San Diego, CA; Norfolk, VA, Wash D.C., etc. There is absolutely no reason your lawyer needs to be in the same city as you nor even close to you. Find the most experience you can, wherever they are.

If you are under investigation for sexual assault, you’re in for some difficult times, there is no way around it. You’ll be ordered to stay away from people. You may have your security clearance suspended or be moved to a “scut” job where you’re picking up cigarette butts for several months. Worse case, you may even be confined in the military brig (jail) until your trial is over. Prepare yourself for any of this. Another good thing about having a GOOD lawyer at this stage is that we know how to fight to help you avoid these ramifications and to ensure you are not “punished” or treated unfairly as you await the end of the investigation. We’ll also make sure you know what is going to happen next and this helps keep the anxiety level down.

Facing and having to fight false sexual assault allegations while in the military is a war and can be a life-changing experience. You’ll never be the same. The good news is that you can win the war, you just have to be informed and know how to fight.

EXCELLENT NEWS for Sailors and Marines discharged with an OTH or GEN discharge who have a diagnosis of PTSD, TBI, or other mental health conditions related to their service, OR have records documenting similar symptoms at the time of discharge that are attributable to their military service.

Under a new legal settlement, these individuals will have their discharge upgrade applications reviewed AUTOMATICALLY by the Navy Discharge Review Board!

Some eligible Sailors and Marines will receive notifications of their eligibility and instructions on how to reapply. But many of those eligible will not! So, please help us get the word out to them and their loved ones!

For more information on the settlement and eligibility criteria, click here or contact an experienced military attorney.

There are veteran legal services that will assist veterans with this program on a pro bono (no fees charged) basis. Click here for information on King Military Law’s Pro Bono Program.

Marine’s Question: “I received a DUI in February 2018 and it was completely taken care of by March of 2018. I received NJP on August of 2019. In Section 0124 of the JAGMAN addresses Marines being referred to court-martial or subject to NJP after they have been tried domestic or foreign criminal courts. With the Misconduct already being adjudicated or diverted out in town, and there was no approval by GCMCA and notification to HQMC (JAM). How could I get this removed?”

“Great question. First, make sure that GCMCA approval wasn’t received (it may have been and you just aren’t aware). Next, you may be able to either appeal the original NJP on these grounds (refer to JAGMAN 0116) or ask to “set aside” the NJP (see JAGMAN 0118 and Part V of the Manual for Courts Martial). Both of these options will require that you show “good cause” for asking for this relief so long after the original NJP, but an experienced military attorney can analyze your case to see if such “cause” exists. I encourage you to reach out to one of us for more in-depth legal help. Good luck!”

Are you or a loved one one of the tens of thousands of veterans who received a less than honorable discharge? If so, you likely know the stigma and difficulty that such a characterization of service brings in the civilian world. But the good news is that you may not have to live forever with that stigma. Discharge upgrades, while never automatic and not easy to win, are possible. But you have to do it right. Simply filling out forms provided on DoD or VA websites will rarely result in a successful package. Instead, consider obtaining the assistance of an experienced military lawyer to help you. They can provide valuable insight that makes your package as strong as it can be. For example, I’ve seen many packages where the servicemember was separated for drug use but their package does not address the circumstances of that use. That’s usually a mistake. The Board members will care about those circumstances and including them can mitigate that drug use. Alternatively, omitting those circumstances may leave the Board members wondering about worst case scenarios. This is not legal advice and the circumstances of your case will be crucial in making these types of decisions. The point is, don’t give up. If you have a less than honorable discharge and believe your circumstances deserve consideration, reach out to someone for help. Your service deserves to be characterized by what you’ve earned, not just what your last CO thought it should be. 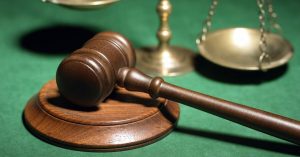 In a landmark decision, a D.C. Federal Court has held unconstitutional the practice of subjecting retirees to court martial under the Uniform Code of Military Justice, since doing so deprives these men and women of the same rights under the U.S. Constitution that their civilian counterparts enjoy (right to indictment, jury, etc.). The government argued that jurisdiction was necessary because retirees needed to remain subject to “good order and discipline” in case they needed to be called back to active duty, even though the law did NOT subject reservists to the UCMJ unless they were ON active duty. To this argument, the judge responded: “Please!”

If you or a loved one are facing charges under the UCMJ, please reach out to an experienced military attorney for assistance. At KML, we’re available to you 24/7.

This one simply HAD to be the latter. As such, it stands as yet another example of how those who make “unjust” prosecutorial decisions that needlessly destroy the lives and families of those involved—be they victim or defendant—are rarely made to answer for that destruction.

Shame on Acosta and all who now insulate him.

King Military Law: Decades of Experience in YOUR Corner–When Experience Matters Most

As those of us who work within the system have long known, the military criminal system prosecutes sexual assault cases that lack sufficient evidence for a conviction. This practice violates prosecutorial ethics, squanders resources needed for legitimate sexual assault prosecutions, and damages the legitimacy of the military justice system.

All of that said, sadly, even some of these insufficient cases have resulted in convictions. If you or someone you know is charged with any military crime, you’re not in a fair fight. Make sure you have an experienced military trial attorney on your team who knows how to win that fight!

King Military Law: Decades of Experience in YOUR Corner–When Experience Matters Most